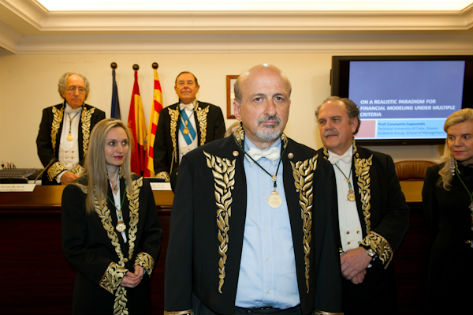 On that occasion, Constantin read his inaugural speech "On a realistic paradigm for financial modelling under multiple criteria", where he urged the industry for the introduction of Multi-criteria Decision Analysis in financial management.