10th International Conference of the Financial Engineering and Banking Society 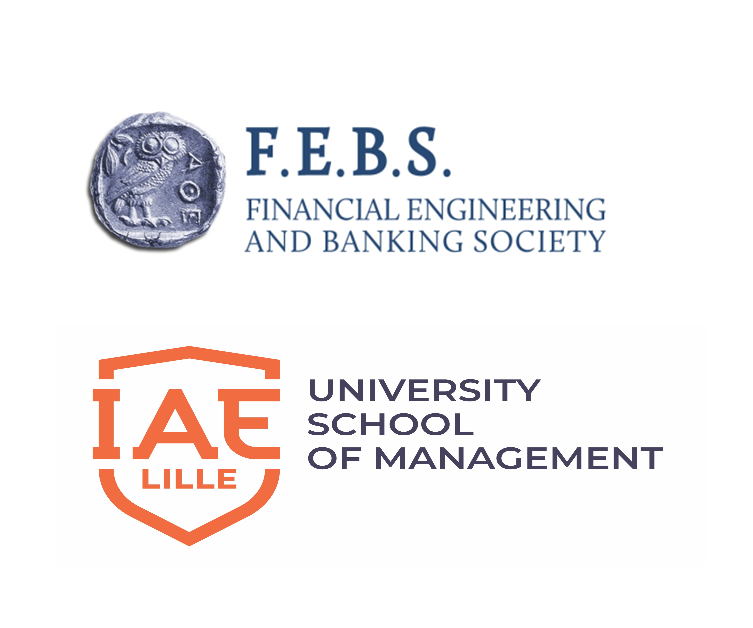 For the Conference six keynote and plenary talks were arranged by renowned academics and professionals with extensive experience in the finance and banking industry.

Jacques Beyssade has been the Corporate Secretary of Groupe BPCE in charge of Legal Affairs, Corporate Governance, Compliance, Permanent Control and Public Affairs since November 2018. After graduating from HEC, Jacques Beyssade began his career with Crédit Lyonnais as a financial analyst based in London before holding various positions in the same bank in Paris and New York. He was then appointed manager of the bank’s Champs Elysées business center and subsequently Country Manager for Korea. During Crédit Lyonnais’ acquisition by Crédit Agricole, which gave birth to CACIB, he was in charge of debt markets in New York before being promoted to Head of Capital Markets for the Asia-Pacific region at the end of 2005. At the end of 2008, he joined Natixis with the task of identifying and organizing the assets to be run off by the bank, before being appointed Chief Risk Officer in 2009. In 2015, he became Chief Risk Officer and a member of the Executive Committee for Groupe BPCE. In February 2016, Jacques Beyssade joined Groupe BPCE’s General Management Committee as Deputy Chief Executive Officer in charge of Risks, Compliance and Permanent Control.

Professor Murillo Campello is Lewis H. Durland Professor of Management and professor of finance at the Johnson Graduate School of Management. An internationally recognized scholar of financial economics, Campello's papers have dealt with such issues as the impact of market imperfections on companies, the limits of the firm, product markets, corporate capital structure, monetary policy transmission, financial crises, and econometrics. His work has been cited by prominent policy authorities, such as the Federal Reserve chairman, mentioned in Congressional hearings, described in the "Economic Report of the President," and used to advise the U.S. Supreme Court. His recent work on the financial crisis has been widely featured in the financial press (Financial Times, Reuters, The Wall Street Journal), books, and academic outlets. Campello has published extensively in leading finance journals and has served as an associate editor at The Review of Financial Studies, The Journal of Financial and Quantitative Analysis, The Journal of Corporate Finance, and The International Review of Finance. He is currently the co-managing editor of The Journal of Financial Intermediation. He received the biennial "Rising Star" award in 2010 and has been named "Distinguished Referee" by The Review of Financial Studies twice for his referee work on behalf of the journal. His papers were nominated twice for the distinguished Brattle Prize of the Journal of Finance, and he received the Goldman Sachs Best Paper award by The Review of Finance. Professor Campello is a research associate of the National Bureau of Economic Research. He earned his PhD in finance from the University of Illinois in 2000, an MS in business administration from the Pontifical Catholic University of Rio de Janeiro in 1995, and a BS in economics from the Federal University of Rio de Janeiro in 1991.

Eric Lamarque is Full Professor of finance and Dean of IAE Paris since 2016 and president of IAE France since 2018. He is also the Scientific Director of the Management and Governance of Financial Cooperatives Chair, and will sit as the Chairman of the Scientific Council of the FINAGRI Chair. He is also a member of the Board of Directors of IAE. Eric Lamarque has always divided his professional life between involvement in practical activities and his research fields. He has worked as a consultant and board member in financial institutions. From 2008 to 2012, he was Consulting Partner of the Canadian firm SECOR in the Paris office in charge of financial services. From 2009 to April 2021, he was Censor on the Supervisory Board and member of the Risk Committee of Caisse d'Epargne Aquitaine Poitou-Charentes. Since 2012, he is also an independent Expert and trainer/lecturer for many financial institutions in France and abroad. He obtained his PhD in banking management from the University Montesquieu-Bordeaux IV in 1996. In 2001, he became a full professor after finishing major in the competitive examination for the “agrégation de l'enseignement supérieur en sciences de gestion”.

Αlain Papiasse is Chairman of Corporate and Institutional Banking and supervises the BNP-Paribas Group's activities in North America and the UK. He is also Chairman of the French American Foundation. Alain Papiasse became a member of the Executive Committee of BNP Paribas in 2005 and was appointed Head of Corporate & Investment Banking (CIB) in April 2009. After the integration of Fortis in 2009, he became Director of BNP Paribas Fortis, then Deputy CEO and Head of Corporate Investment Banking on December 1, 2011. In 2014, Alain Papiasse became Executive Management Representative for the North America region. In 2018, Alain Papiasse was appointed Chairman of CIB. As a member of the Executive Committee, he supervises the Group's activity in North America and the UK, as well as the relationship with major international clients. Since January 1, 2019, he has been Chairman of the Board of Directors of BNP-Paribas USA.

Laurent Roubin, 51 years old, is graduated from Centrale Paris School and Standford University (Executive Program). He also holds a MBA from Paris-Dauphine University. He starts his carreer in 1992 in the holding of Compagnie Bancaire Group and then leads the Risk department in CETELEM Spain (BNP PARIBAS Group). In 1996, he joins PriceWaterhouseCoopers in the Banking and Financial Institutions department. He is appointed in Caisse d’Epargne Pas-de-Calais’ management board in 2002, responsible for Finance and Risk. In 2005, he enters Ixis Asset Management and takes the lead of operations. He joins the Caisse Nationale des Caisses d’Epargne in 2008 to lead the Business Development for the Caisses d’Epargne in BPCE. In 2011, he is appointed President of the board management of Caisse d’Epargne Picardie. In 2016, he becomes a member of the board management of BPCE group, managing director of Retail Banking and Insurance. In 2018, he is appointed Chairman of the board at Caisse d’Epargne Hauts de France. Laurent Roubin is also the Chairman of the board of SIA and SIGH (social housing), Chairman of the board of BPCE international, Chairman of the Regional Comity of Hauts-de-France banks (Banking French Federation).

Bruno Séjourné is Full Professor in Economics and Director of Research at the University of Angers. He is the Director of the Ecole Supérieure d’Economie et de Management des Patrimoines (ESEMAP), the Bank Finance and Insurance School created in 2000. He is a former consultant for the Caisse des dépôts et Consignations and for the French Financial Market Authority (1998-2008). He was President of the ADIM BFA Association from 2011 to 2018. As a researcher, he works on Household Finance (household saving, portfolio behavior) and on Financial intermediation. He also published articles dealing with the consequences of the retirement reforms for the French pensioners. He is committed to maintaining the link between the academic world and the professionals of the financial sector.

On October 1, 2003, Georges Ugeux founded Galileo Global Advisors to offer CEOs, Boards of Directors and Governments independent advice on international business development, restructuring, compliance and mergers and acquisitions. For fifteen years, Galileo’s primary focus has been advisory services in Europe and Asia, with a particular focus on emerging markets such as India and China. Georges is a Lecturer in Law at Columbia University, where he teaches a seminar on “International Banking and Finance: the challenges.” In 2017, Sorbonne University Paris I invited Georges as a visiting professor for the 2017-2018 academic year. He has lectured at the University of Louvain, the College of Europe in Bruges and has served as Special Advisor to the Program on International Financial Systems at Harvard Law School. He sits on the Board of Polyfinances in Montreal (the financial vertical of Polytechnique) and is a member of the Advisory Committee of the Emerging Market Institute of Cornell University. Georges holds a Doctorate in Law and is Licentiate in Economics from the Catholic University of Louvain.

Kathie Werquin-Wattebled joined the Banque de France in 1994. Originally from Pas-de-Calais, she studied at Science-Po Strasbourg and started a preparatory course for the ENA, before being noticed by an economics professor for her interest in monetary policy. After having worked all over France, notably in banking control and business services, she obtained her first position as regional director for Savoie, in Chambéry, before repeating the experience in Brest. Having already gained a strong experience within the banking establishment, she nevertheless decided to leave it to spend six months in South Africa and became involved in the Mafubo association, which aims to empower women financially, before becoming its vice-president. On her return to France, she worked in the Paris head office, in the retail department, before being appointed for the position of Director of the Banque de France HdF.