Back to National Conferences

11th National Conference of the Financial Engineering and Banking Society 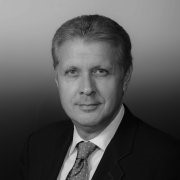 Stavros Zenios (University of Cyprus Cyprus)
was the recipient of the 2021 FEBS National Award for his outstanding contributions to finance research. Stavros Zenios is Professor of Finance and Management Science at the University of Cyprus, Member of the Cyprus Academy of Sciences, Letters, and Arts, and Non-resident Fellow of Bruegel (Brussels). He has published extensively in leading international journals in risk management, financial engineering, and management science. He has received awards for his work on the performance of financial institutions and was recipient of the 2006 EURO Excellence in Practice Award for work on personal financial planning. His book with Patrick Harker on the «Performance of Financial Institutions» (Cambridge University Press) was translated in Chinese, and in 1997 he received the INFORMZ prize for his book with Yair Censor «Parallel Optimization» (Oxford University Press). He served two terms as president of UNICA-Universities of the European Capitals and Rector of University of Cyprus, where he was the first Dean of the School of Economics and Management. He also served as vice-chairman of the Cyprus Council of Economic Advisors and on the Board of the Central Bank of Cyprus.